The Front Range’s reputation as an adventurous radio market dates to the early ’70s and the freeform days of KFML, a quirky, alternative, underground adventure. KBCO, which helped birth the “Triple A” (short for “adult album alternative”) programming format, and alternative-rock powerhouse KTCL carried on the tradition in their early local and independently operated days, before they became part of corporately-owned radio in the mid-’90s.

Into this competitive world of multimillion-dollar media giants, where each percentage of a ratings point is crucial, KCUV cranked up the 1510-AM transmitter in October 2003. The station unleashed a collection of roots-based music that ranged from alternative country, early R&B, blues, folk, rockabilly, bluegrass and some eclectic classic and progressive rock—the combined genres creating an Americana format. Originally dubbed “Colorado’s Underground Voice,” it received a bit of a sonic face lift on FM 102.3, adding more traditional, rock-based artists to round out its diverse format.

KCUV ceased operations in 2008, but during its five-year run, the station hosted numerous artists in its in-house studio space, with those recordings archived here by Colorado Music Experience for the enjoyment of all. 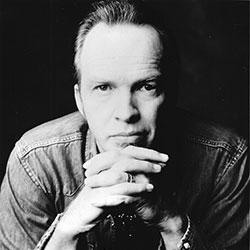 With his brother Phil, Dave Alvin co-founded the Blasters, the seminal Los Angeles roots-rock band. After leaving the group in 1986, Alvin enjoyed a marked creative progression, as he developed his skills as a songwriter, musician and singer. “Abilene,” a song he had road-tested, concerns the dark past of a wanderer and the hope of a brighter future in the next town. 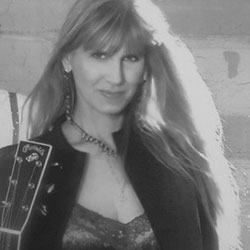 Me and the Devil Blues

Known among folk and blues aficionados for her encyclopedic knowledge of traditional Delta stylings, Rory Block had no red-hot-mama affectations, just an unyielding devotion to the repertoire of the old blues masters. Her rousing rendition of “Me and the Devil Blues,” first recorded by the renowned Robert Johnson in 1938, impeccably reproduces his guitar wizardry. 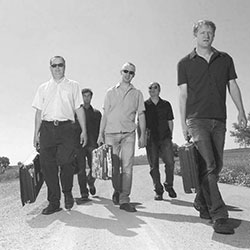 Camper Van Beethoven, led by David Lowery, was a favorite of underground alt-rockers in the late ’80s. Following a hiatus from 1990-1999, the original members reunited for a brief tour, then recorded New Roman Times, a rock opera with the band at its most political and cheeky. “That Gum You Like Is Back in Style” borrows its title from a line in Twin Peaks. 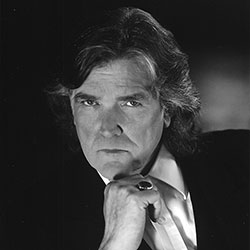 A Texas-born musical poet, troubadour, storyteller and the patron saint of an entire generation of bohemian pickers, Guy Clark had become an emblem of artistic integrity, quiet dignity and simple truth. The heart underlying his songs showed itself best when he performed at intimate settings with minimal accompaniment. “The Cape” alternates humor with pathos. 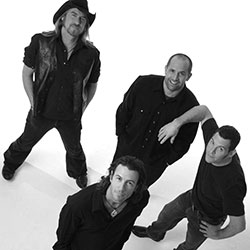 As the leader of the Refreshments (known for their ’90s radio hit “Banditos”), Roger Clyne toed the line between alternative rock and comical slacker anthems. Going the indie route, he segued into fronting Roger Clyne & the Peacemakers and became an Arizona music legend. The Tempe band sets the tone with the bright and cheery roots-rocker “Hello New Day.” 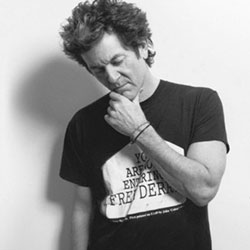 In the mid-’80s, Rodney Crowell fused Texas singer-songwriter sensibilities and a sound that observed country music’s past with a rock ’n’ roll punch. After a commercial breakthrough, he moved into smart, insightful territory. “Dancin’ Circles Round the Sun,” a testimonial to individual accountability and awakening, reflects his social and political consciousness. 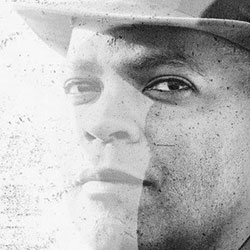 Though raised in New York City, the son of the actors Ruby Dee and Ossie Davis grew up hearing accounts of life in the rural South, and they made their way into his own stories and songs. In “Railroad Story,” the accomplished guitar and five-string banjo player turns to the harp as he combines his overlapping interests in acting and the blues. 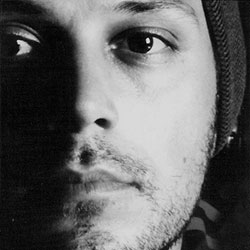 Coming to prominence as his four-piece band, Rocco DeLuca & the Burden, opened for bluesmen such as Taj Mahal, DeLuca was known for his use of the acoustic Dobro, a particular design of resonator guitar that imbued his bluesy music with a mysterious, exotic feel. On “Swing Low,” his genuinely moving vocal shifts into a purposeful cry. 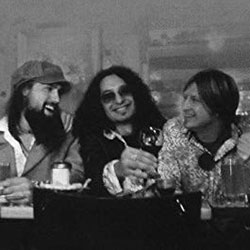 Based in New Jersey, deSol wasn’t strictly a rock en español outfit, as most of the band’s lyrics were in English rather than Spanish. Inspired by the funk and soul sounds of the ’70s, the band members were obviously well-aware of hip-hop influences. Yet the Latin flavor is impossible to miss on “Blanco y Negro,” a gem that received radio airplay. 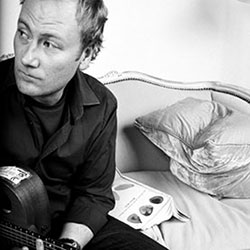 Looking at the World from the Bottom of a Well

The witty, iconoclastic frontman of the avant-garde band Soul Coughing, indie singer-songwriter Mike Doughty resurfaced as a solo artist. His unusual radio hit “Looking at the World from the Bottom of a Well” sports an image created out of literary inspiration, coming from a character in Haruki Murakami’s novel The Wind-Up Bird Chronicle. 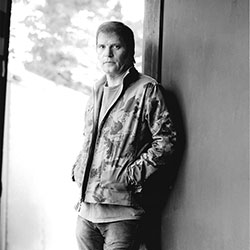 Singer, songwriter and activist Steve Earle had resided in Nashville for more than 25 years when he wrote 2004’s politically changed “The Revolution Starts Now” shortly after news of the Abu Ghraib prisoner abuse scandal had broken and the Bush administration, still reeling from the 9/11 commission hearings, was circling the wagons. 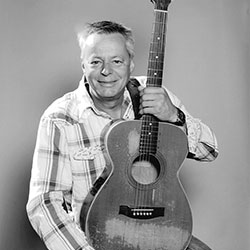 Australian Tommy Emmanuel is recognized as one of the acoustic guitar greats, known for his complex fingerstyle method, dynamic performances and use of percussive techniques on the instrument. Inspired by his brushes with acclaimed bluegrass fiddler Byron Berline, “Tall Fiddler” strongly suggests another stringed instrument. 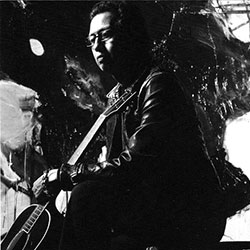 Throughout his solo career, Alejandro Escovedo’s work had generated rapturous critical praise but led to more miles on the road than money in the bank. After a debilitating battle with Hepatitis C in the late ’90s, he returned with renewed health and the kind of emotional power that imbues such songs as “Break This Time.” 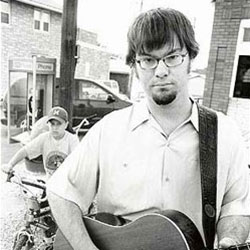 A founding member of two critically acclaimed groups—Uncle Tupelo and Son Volt—Jay Farrar helped popularize the alt-country movement of the ’90s. Going solo in 2001, he bent his musical ambitions beyond traditional twang by writing sage Americana songs like the inspirational “6 String Belief” to re-invent his legacy for a new generation. 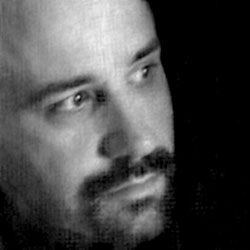 Whether appearing solo, in a duo or trio, or with his full five-piece band, banjo champion and slide guitar master Tony Furtado performs tirelessly in a variety of formats. His acclaimed albums traverse styles from bluegrass to tender ballads to indie rock, with songs such as “Used” off his 13 album revealing his wide-ranging talents. 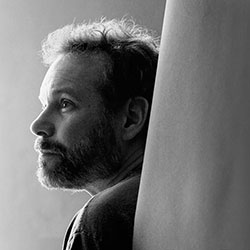 Famed for his rich, expressive baritone, John Gorka was a leading light of the New Folk Movement, putting together acclaimed albums, countless national and international tours and collaborations with the likes of Nanci Griffith and Lucy Kaplansky. His writing style of emotive grace manifests itself on the hopeful “Unblindfold the Referee.” 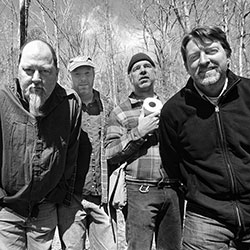 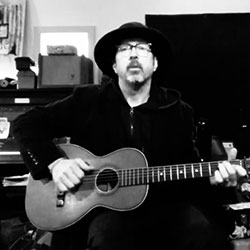 A songwriter, multi-instrumentalist and producer, Will Kimbrough ranks as one of Nashville’s most valuable hired guns, collaborating on albums as well as serving as a session musician and sideman for country and rock contemporaries. Masterful guitar work, like than on “Another Train,” highlight the Alabama native’s solo efforts. 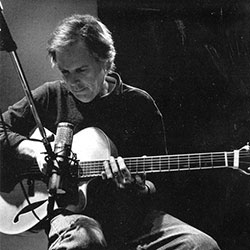 A deep-voiced Midwestern raconteur whose quick wit is matched by his astounding virtuosity on the six- and 12-string guitars, Leo Kottke had been indefatigable in his pursuit of a unique musical vision, placing him among the foremost acoustic stylists. For all its wicked syncopation and harmonic sophistication, Kottke’s technical brilliance on “Bristol Sloth” is highly accessible. 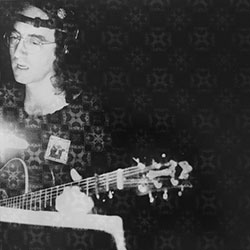 Described by Stephen King as “the truest, fiercest songwriter of his generation,” the son of author Larry McMurtry (Lonesome Dove, Terms of Endearment) grew up on a steady diet of Johnny Cash and Roy Acuff records. His 1989 debut album, produced by John Mellencamp, began a series of critically acclaimed records, including Childish Things and the sly, catchy “See the Elephant.” 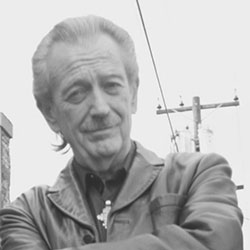 Since his youth in Mississippi’s hill country and his dues-paying early days in the club scenes of Memphis and Chicago, blues legend Charlie Musselwhite’s talents have been recognized on many fronts. The short, stark instrumental “Route 19,” about the rural highway along which lies the Musselwhite Cemetery, showcases his evocative harmonica style. 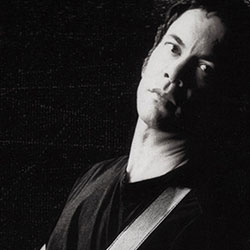 Back Door to My Heart

Oklahoma-born and Nashville-based, Mark Selby first achieved success penning such hits as the Dixie Chicks’ “There’s Your Trouble” and “Blue on Black” for Kenny Wayne Shepherd. The singer-songwriter pointed out that his open-string low guitar licks on the tremolo-laden “Back Door to My Heart” had some Hendrix- and Curtis Mayfield-like fills behind the vocal. 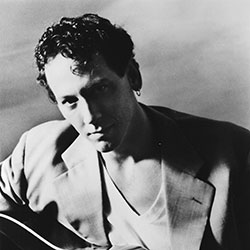 Darden Smith found his inspiration in a Texas tradition of storytelling. The singer-songwriter movement of the late ‘60s and early ’70s influenced him, but no less so than the prevailing western swing music popular in Texas and the South. The title track from 1993’s Little Victories chronicles his thoughts in a remarkably personal fashion. 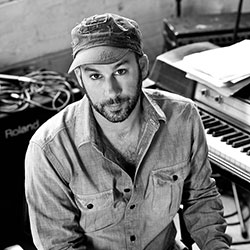 Jonah Smith used to introduce himself as a songwriter, but after a little prodding, he would add that he also played the Rhodes electric piano and sang some. People often said he sounded like “an old Black man,” and those who got hip to his independent releases recognized his narrative gift and his inclusion of jazz harmony in his writing. 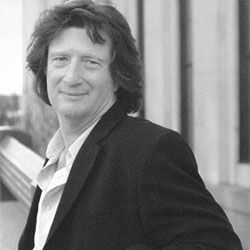 As a teenager, Chris Smither emigrated north from his native New Orleans at the tail end of the ’60s folk revival, drawing as deeply from the blues, Americana, modern poets and humanist philosophers. On the outstanding “Train Home,” a meditation on death and transcendence, he makes art with just voice, guitar and a stomping foot. 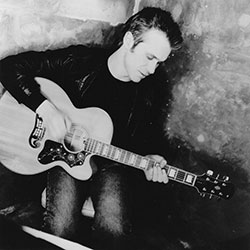 Strumming his faithful acoustic guitar and making up songs, Todd Snider left an indelible mark on the hipster underground music world. His songs of personal analysis became therapy for thousands of music fans. A favorite tongue-in-cheek anthem is the insightful “Beer Run,” his yarn of some stoners’ meaningful victories and sorrows. 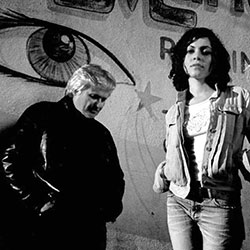 Veteran singer and songwriter Chip Taylor (“Wild Thing,” “Angel of the Morning”) spotted Carrie Rodriguez, a Berklee College-educated fiddler and singer from Austin, Texas, and asked her to join his band for a tour of Europe. Their collaboration led to four studio albums pairing roots rock and Texas country music in such songs as the tender “Don’t Speak in English.” 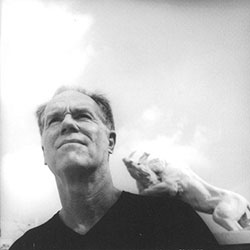 The exceptional singer-songwriter Loudon Wainwright III could go from the brainy to the foolish, the heartfelt to the trivial—sometimes in the same song. He wrote one of his finest compositions, the touching “Hank and Fred,” when he drove to the Alabama grave of Hank Williams and heard news of the death of TV’s Mister Rogers on the car radio.