The son of a Pulitzer Prize winner, Peter La Farge, an often neglected folk singer-songwriter of the 1950s and 1960s, grew up partly on the former Kane Ranch in Fountain, Colorado. A friend of Bob Dylan and Buffy Sainte-Marie, he was spurred by his zeal for social justice. His most famous song, “The Ballad of Ira Hayes,” was covered by Johnny Cash in 1964 and reached #2 on the country music chart. La Farge died in October 1965 at age 34; he is buried on a hill in Fountain. 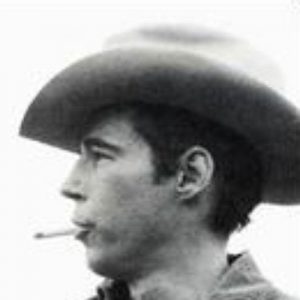