Classical violin virtuoso Eugene Fodor was born in Denver and grew up on his family’s ranch in Morrison. He made his solo debut with the Denver Symphony Orchestra at the age of ten and began touring as a soloist and winning numerous national contests while a teenager. Dubbed “the Mick Jagger of the violin,” he made international headlines after earning a top prize in the 1974 Tchaikovsky International Competition in Moscow. He died in 2011. 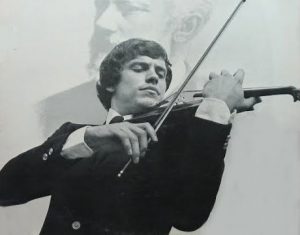