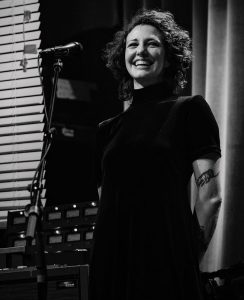 Singer-songwriter Esmé Patterson is a former member of Paper Bird, an indie folk band that started as sidewalk buskers, performing its joyful blend of roots, folk and indie pop on the streets of Breckenridge. The septet was voted a “Top 10 Best Underground Band” by The Denver Post three years in a row, and Ballet Nouveau Colorado commissioned the act to score a ballet entitled “Carry On.” Patterson began her solo career in 2012 and released her fourth album in 2020 titled There Will Come Soft Rains.