On July 29, 1988, Phish visited Colorado for the first time, and the Vermont quartet built a faithful following.

[BLOG] On July 29, 1988, Phish visited Colorado for the first time, and the Vermont quartet built a faithful following.

“We hadn’t played outside of New England, but a promoter in Telluride said he was going to set up a statewide tour,” keyboardist Page McConnell said. “As it turned out, it came time to play and he’d only booked us at his club (the Roma). We played there and Aspen (Aspen Mining Company) and drove back to Vermont. But people taped the shows, and the tapes got around. When we got back to Colorado two years later, there was a bit of a buzz.”

Phish’s home base in Burlington was something of a mini-commune. “There’s a big connection between Burlington and Boulder,” McConnell said. “The same sort of people end up in the two towns. There’s the state universities, and the skiing thing. And Burlington has a little mall area just like Pearl Street in Boulder—they were designed by the same person.” 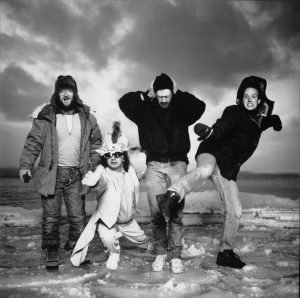