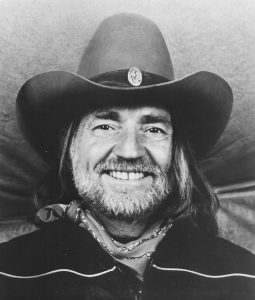 Once a Nashville renegade, later a favorite son of Texas, Willie Nelson boasts a popularity that has elevated him to a stature approaching that of a contemporary national folk hero.

In the 1980s, the venerable country singer maintained residences in Texas, Malibu Beach—and a mountain home in Evergreen, Colorado, described as a two-story, 4,700-square foot Swiss chalet on a 116-acre estate. It included a large teepee. Nelson also found the Little Bear, a nearby bar that gave him a place for his music.

“I had lived down in Texas for a long time,” he explained. “I wanted to get away for a little while just to check out the rest of the world. My nephew, Freddy Fletcher, had a little band, and they were traveling around. He was coming up to Colorado a lot. So one day I took my daughter Suzie and we drove from Austin up to Evergreen, up where Freddy had a little cabin. I thought, ‘Well, this is a spot to come to.’ The first place I had was up on Turtle Creek; then we bought a place over in Evergreen, on upper Bear Creek.

“But I only had a few days to spend at either Colorado or Texas because I was touring so much. I had a place in Austin with a recording studio and a lot of other different things—a golf course, for one—that were calling me back there. I had a run of bad luck with the weather in Colorado—every time I’d fly back home, it would be snowing! So I got to thinking, ‘Wait a minute, it’s snowing here, there’s a golf course over there—what do I really want to do?’

“So mid ’80s, I decided to head back and spend most of my time off down in Texas.”

Nelson owned the house in the Colorado mountains until November 1990, when it was seized by IRS agents who nabbed him for $16.7 million in “unpaid back taxes” for the years 1975 through 1982.

“I wrote a lot of songs while I was living in Colorado, had a lot of fun, did a lot of nice things that you can only do there,” Nelson said. “It affected me a lot of ways. I sure hated to leave, I know that.”