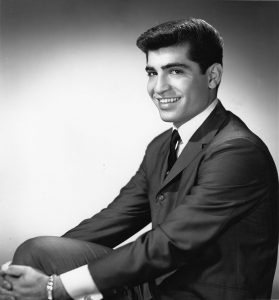 Steve Alaimo was a purveyor of so-called “blue-eyed soul.” His best-known hit, “Every Day I Have To Cry” (#46 on the Billboard pop chart in 1963), offered a good glimpse into the R&B rock style of the day.

Alaimo, who hailed from New York, eventually found his niche as a pop vocalist on Dick Clark’s late-afternoon Where the Action Is, a popular show of the mid to late ’60s. It made stars of Paul Revere & the Raiders, the clean-cut house band, and younger teens could see “teen idols” like Alaimo, a regular on the program. 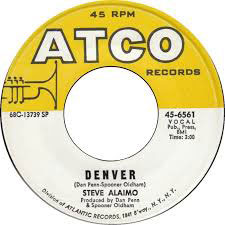 “It was at the end of Where The Action Is—we did one of those big Dick Clark tours up in Colorado—and I met the woman that I ended up marrying later, in ’71,” Alaimo recalled. “Candy was going to Colorado Women’s College. That’s the reason I recorded ‘Denver.’ Mark Lindsay of Paul Revere & the Raiders was my closest friend at the time, so I ended up naming my daughter Lindsey after him.’’

During the 1970s, Alaimo became Henry Stone’s right-hand man at Florida-based TK Records and helped to guide the careers of George McCrae, KC & the Sunshine Band and many others.