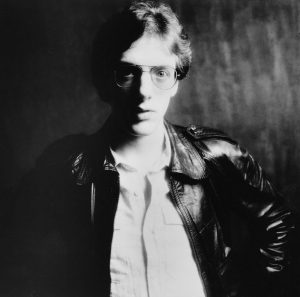 Singer/songwriter Randy VanWarmer’s biggest success was the pop hit “Just When I Needed You Most,” which reached #4 on the Billboard Hot 100 in 1979.

VanWarmer was born in Indian Hills, Colorado—“less of a town and more of a community,” he said—a place with a gas station, post office and trading post located in the mountains 30 miles west of Denver, population 2,000. He traced the simple melodies of his tunes to the gospel harmonies he sang in his childhood with his mother—VanWarmer’s folks were members of the Fundamentalist church, and most all he heard was church music until he was nine, when his older brother started listening to rock music on the radio. Rock was forbidden by the church, but his parents weren’t so fundamentalist that they didn’t love movies and dancing. VanWarmer’s life was music, mountains, family and friends.

Then suddenly it wasn’t, after the death of his father in an automobile accident when VanWarmer was 12. Two years later, the rest of the family decided to move to Cornwall, England, where VanWarmer picked up the guitar. The summer before the move, he saved $200 working at an A&W root beer stand in Denver.

“I decided if I didn’t spend it on some one thing, I’d blow it little by little,” he said. “If I bought a guitar, I’d learn how to play it.”

He made a couple of restless trips back and forth between England and Colorado. At 17, he was back in England writing songs and playing in clubs. Encouraged to keep writing, he eventually signed with Albert Grossman’s Bearsville Records.

Unafraid of sincerity, VanWarmer struck a chord with “Just When I Needed You Most,” a No. 1 adult contemporary hit—his simple expression of heartbreak.

“‘Just When I Needed You Most’ was written one year before it was recorded, and then the record wasn’t released for another two years,” VanWarmer said. “I was 20 when I wrote that song.”

Cashbox named him the best new male vocalist of 1979. His next records weren’t hits, but he gained fame in the industry as a composer. The Oak Ridge Boys recorded a song of VanWarmer’s, the No. 1 country hit “I Guess It Never Hurts to Hurt Sometimes.” He also saw the group Alabama record his song “I’m in a Hurry (And Don’t Know Why”),” also a No. 1.