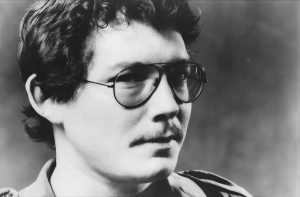 Most people could not recall his face, but his voice was one they would never forget. Russell Smith, the lead singer and guitarist of the Amazing Rhythm Aces, died on July 12, 2019 at age 70 after a battle with cancer.

Smith grew up in the small town of Lafayette, Tennessee, making his musical debut at the age of four when he sang Hank Williams’ “Your Cheatin’ Heart” in a local talent show. By age 12, Smith knew what he really wanted to do—not just sing, but rock ’n’ roll. The Amazing Rhythm Aces began as an idea shared by Smith and drummer Butch McDade, over a mutual interest in B.B. King. “Russell knew every damn B.B. King song in the world,” McDade recalled.

“We got together because we didn’t like what most of the bands around there were playing at the time, which was whatever was on Top 40 radio,” Smith explained. “If you didn’t do that you usually didn’t work. But we found this one real dive where the guy liked what we played—he was an ex-con, he had the blues—and we really got into that gig.” 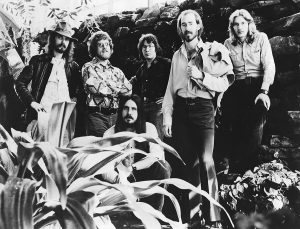 When McDade went on tour with Jesse Winchester, Smith was left behind. Although he didn’t know it at the time, it turned out to be his big break as a songwriter.

“I had gotten so disgusted I decided to try and write my own tunes,” he recounted. “Butch played Jesse a couple of the tapes we had made together of ‘Third Rate Romance’ and ‘The End Is Not in Sight,’ and they put them in their live show when they found they didn’t have enough material.”

Winchester then recorded “Third Rate Romance” on his Learn to Love It album. Eventually the Amazing Rhythm Aces were formed, and as more artists began covering “Third Rate Romance,” Smith and the group decided to record it for themselves. That song, from the band’s first album, Stacked Deck, became a hugely successful pop-country smash, and “Amazing Grace (Used to Be Her Favorite Song)” was a major country hit. “The End Is Not in Sight” won a Grammy for Best Country Vocal Performance by a Group in 1976. Established as a major recording act, the Amazing Rhythm Aces continued to evolve their blend of country, R&B, rock and gospel.

“We’re schizo,” Smith agreed. “We dig people as far apart as Ella Fitzgerald and Hank Williams. Most of what we like comes out in our music.”

Critics heralded Smith’s tunesmithing, and his distinctive pipes—the gritty, laconic voice of an old friend—led the group to popularity. In Colorado, the Amazing Rhythm Aces opened for Jerry Jeff Walker and J.J. Cale at Red Rocks Amphitheatre in August 1978, followed by headlining performances at the Rainbow Music Hall in March 1979 and October 1980. The members were contemporary exponents of Nashville’s rich musical heritage, and Smith enjoyed the hit records and a certain amount of fame while staying within the anonymity of the group. “It really was the best of both worlds,” he laughed. “I was the writer and lead singer, and yet I could kind of hide myself in the band.”

The group broke up amicably in 1981, and a 1982 tour marked Smith’s public debut as a solo performer, with a concert at the Boulder Theater.

“The Aces were always a playin’ band, honing the performance side—that was our real strength,” Smith remembered. “But all through 1980 it got tougher and tougher. The money situation was such that we had to stay out on the road longer and longer to make ends meet, and I wasn’t getting time to work on songs. That put a lot of pressure on me, because I was doing most of the songwriting. Then, when the Arab oil embargo came along, the situation nearly killed us. All our expenses went sky-high—gas, hotel rooms, even food—and it became a losing proposition all the way around. Suddenly our marginal way of living fell to where we were operating at a loss.”

Smith decided to concentrate on the songwriting facet of his path. “I wanted to learn how to write even better songs and how to be more prolific,” he said. “It was like, are you gonna take another step or fall down? If you want to stay in this business, it’s a step you’ve got to take.”

At that point, Smith wasn’t considering the possibilities of just a songwriting career. “I need to get out and play—I found that out,” he admitted. “The feedback from audiences is what keeps me writing.”

He reached the country Top 40 in 1989 with “I Wonder What She’s Doing Tonight,” but Smith had already settled into a job as a staff writer in Nashville, and he eventually turned out hits for a variety of other artists—everyone from T. Graham Brown, John Conlee and the Oak Ridge Boys to Randy Travis, Don Williams and Ricky Van Shelton. His “true-to-life” songs fit right into the kind of burgeoning “new country” category he helped to develop in the first place. He also led Run C&W, a bluegrass novelty supergroup that parodied popular country hits.

“I think it’s a good time for me,” he said. “What goes around comes around, and I’ve sure as hell been around.”