Paddy Moloney, the leprechaun-like founder and indefatigable guiding spirit of the Chieftains—the world’s most popular exponents of traditional Irish music—died October 12, 2021, at the age of 83. Moloney formed the Chieftains in 1962 and fronted the band for nearly sixty years—performing across the globe, selling millions of albums and rubbing shoulders with popular music’s biggest names.

The Chieftains had obvious credentials when the band performed at the Rainbow Music Hall in Denver in 1981, having won an Oscar for the score of 1975’s Barry Lyndon. But most fans became familiar with the group through its work with rock artists, and the charismatic Moloney indulged in name-dropping.

“Art Garfunkel came up after a concert four years ago, and shortly thereafter he asked us to play on his album. Previously we did something with Mike Oldfield (of Tubular Bells fame). We’ve collaborated with Eric Clapton. And we were invited to jam on Van Morrison’s encore at a festival in Edinburgh.”

Moloney added some elbow pipes to a track for Paul McCartney’s Tug of War album, and Don Henley of the Eagles called the Chieftains to play on his solo album. “It’s nice to meet these people like Jackson Browne, Linda Ronstadt, Joan Baez when they come backstage. But I’m not into the American music scene at all. I’m into my own stuff.”

Moloney’s loyalties were with Irish music, and he was quick to point out that an American band playing traditional music could only draw upon 200 years of influences, while the Chieftains had centuries of music to master and execute. The band staked out a unique musical territory with a repertoire ranging from ancient Celtic tribal reels to wedding serenades of the Georgian era. The members played it all on authentic Irish instruments—uillean pipes, bodhrans, harps and flutes—that most contemporary musicians didn’t even know how to hold, much less coax delicate sounds.

By performing a foot-stomping legacy of Ireland’s jigs, airs and reels, the band came to be enthusiastically appreciated by pop artists and audiences across the world, bringing traditional Irish music out of the back corners of Ireland’s pubs to the Taj Mahal and the Great Wall of China. “These are places where they can’t understand a word of the garbage I’m speaking,” Moloney said, “but it’s always the music that speaks for itself.” The Chieftains claimed the record for playing to the largest live audience in the world—the band performed for 1,350,000 when Pope John Paul II visited Dublin in 1979. The kicker from Moloney—“But the Pope was headlining.”

The Chieftains’ 25th anniversary tour brought the band to Denver’s Paramount Theater in 1988. By that point, members of the group had recorded or performed with high-profile stars ranging from the Grateful Dead to Dan Fogelberg. Moloney guested on Primitive Cool, Mick Jagger’s solo album. “I’ve known Mick since the mid-’60s—he and Marianne Faithful came to a concert we were doing in Ireland,” he enthused. “I do meet him at a lot of parties, because we’re both friends of the Guinnesses, the beer people.”

Tours sent the Chieftains far and wide, and North American concerts nearly always led to Colorado. The special package tour of summer 1995, which came to Denver’s Red Rocks Amphitheatre, was a mutual admiration society of the band and Sarah McLachlan, Canada’s alternative diva. That year’s The Long Black Veil marked the Chieftains’ first gold album, filled with friends like Sting, the Rolling Stones, Mark Knopfler, Ry Cooder, Tom Jones and Sinead O’Connor. “There was no clash breaking down personality barriers—and once that disappears, it becomes an Irish party for me,” Moloney exclaimed.

The Chieftains performed with O’Connor at Red Rocks in 1998. The group kicked off a North American tour at Denver’s Paramount Theater in 2001 and returned to the venue in 2002, exploring the link between Irish music and bluegrass. The members would always bring area dancers onstage to enhance their shows.

The Chieftains pulled off a long, interesting list of achievements—six Grammy awards and countless nominations, even an Emmy—but one eluded Moloney. “I’ve always said I wanted to be the first musician to play on the moon,” he said. “My son is a rocket scientist—he graduated in 2001. The astronauts down in Houston all come to our show every year—they have a group called the Astronautics, and I’ve played with them. One of these days I’ll make it, don’t worry.” 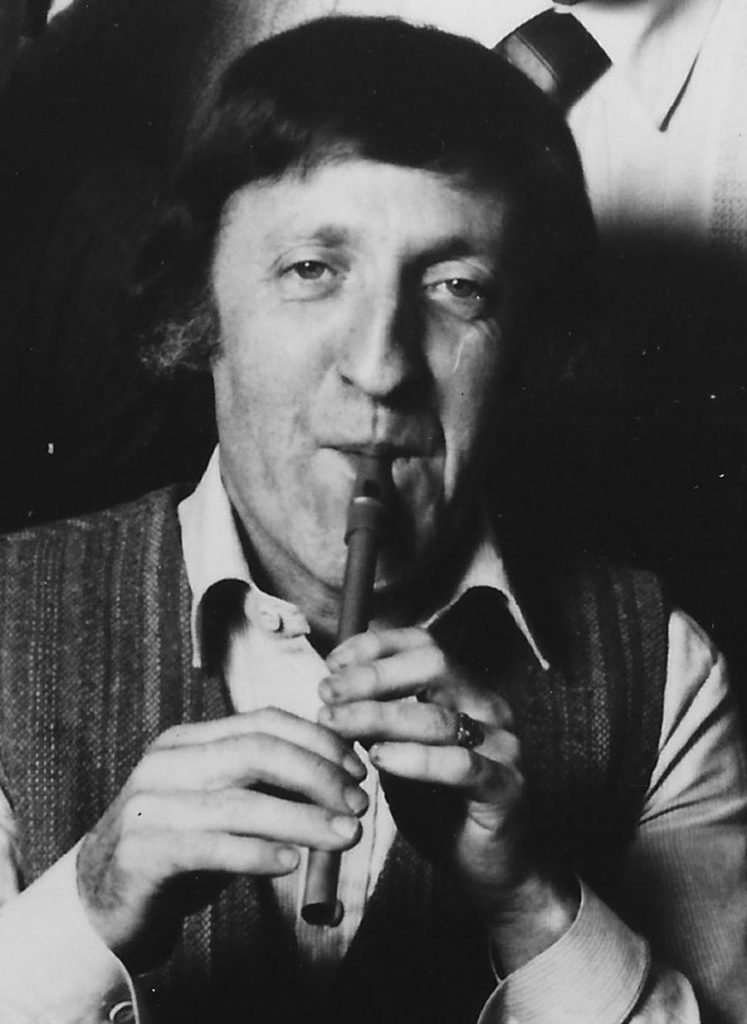