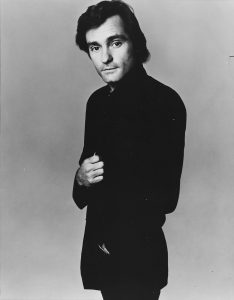 Marty Balin, the founder and one of the lead singers and songwriters of Jefferson Airplane and Jefferson Starship, died on September 27, 2018. When Balin embarked on a solo career and began his first tour in 1981, his first performance was at Denver’s Rainbow Music Hall.

At the time, Balin was depicted as something of a maverick. Rarely granting interviews, he was noted as the ballad singer (“Miracles,” “Caroline”) in a band with frequent hard rock tendencies, and he was never photographed looking into the camera with the rest of the group. But since embarking on a solo career, Balin was feeling the need to step out a bit.

“That reputation of not doing interviews was created by other people,” he noted. “Publicists of Grace (Slick) would just jump in front of me, and I wasn’t one to fight over that.” As far as his balladeer image: “Hey, I’ve written in a lot of different styles. If you look back at writing credits in the Airplane/Starship days, a lot of it was me.” And his penchant for remaining aloof during photo sessions? “I just thought it was funny. Everybody else in the band was posing like a stiff model, and I’d be laughing or turning or talking.”

The cover of his album, Balin, featured the only eye-contact in memory. “Well, hell, that’s a Richard Avedon photo. He tells you to hunch your shoulders, to look into the camera—and you do it ’cause you’re paying for it.”

It was heady stuff for the man who spent most of the Seventies playing revolving door with the lead singer spot in the Starship. “Now I manage myself and do what I want,” he admitted. “I don’t have to argue with managers or a band. If I wanna do something, I don’t have to call a meeting. That’s where I am—handling my own affairs.”

The pioneering Airplane was born out of the San Francisco hippie ethic, and Balin’s individualistic approach had yielded some unique projects. He put together Rock Justice, a rock opera concerning a musician who dreamed his music was put on trial by his peers. He hoped Balin would establish his versatility, and the hit singles “Hearts” and “Atlanta Lady (Something About Your Love),” both written by longtime friend Jesse Barish, continued Balin’s run of sweet love songs.

“I want to be known as much as a singer as a writer,” he explained. “I never considered myself a writer—with the old band, I had to because it was expected of me. Now I’d rather use songs that friends have written for me. Otherwise, it’s like eating your own cooking all the time. Writing’s lonely—it’s a nice sunny day, everyone’s outside, and you’ve got to sit there and figure something out ’cause you’re going in the studio that night. I don’t really care for it that much—I’m just having a fun time. It’s all I ever do.”