Paul Revere & the Raiders were a pop-rock group formed in Portland, Oregon, circa 1960 around keyboardist Paul Revere and lead singer Mark Lindsay. Their guitarist, Drake Levin, had grown up in Boise, Idaho, playing in Revere’s teenage nightclub, Crazy Horse, in a band with Phillip “Fang” Volk, who in 1963 would go on to attend the University of Colorado on a scholarship. Intending to be a music major, he studied opera and classical music. In the meantime, he kept playing guitar in a band in his fraternity.

While Volk headed to Boulder, Levin joined Revere’s band. A year and a half later, after Levin had become a road warrior with the Raiders, he eventually talked Revere into inviting his old friend into the band. “Drake and I could do dance routines together,” Volk said. “Paul had seen us at his club every weekend. They needed a bass player, and I was a guitar player. Paul called me in college and said, ‘You’d better start learning the bass.’ I wasn’t very good at first.”

Volk would replace Mike “Doc” Holliday on bass, the final piece in what would come to be considered the “classic” Raider lineup. His toothy grin earned him the nickname “Fang.”

“I went right from the University of Colorado with my wing-tip oxfords and my blue blazer and my grey slacks and short hair, looking like Joe College right out of the fraternity, to Las Vegas, and joined Paul Revere & the Raiders at the Pussycat a Go-Go on the Strip. You talk about two worlds colliding. It was an amazing metamorphosis.

“My fraternity brothers took me to the airplane and got me a little bit soused. They were sad to see me go, and you know how they like to drink. The airline almost didn’t let me on the plane because I was a little bit nuts. In those days, you walked up a stairway off the tarmac to the airplane, and I jumped off that onto the wing, doing a little boogaloo. People didn’t appreciate that…”

Paul Revere & the Raiders went to Los Angeles in 1965 and got on a daily ABC-TV show called Where the Action Is.

“It ran five days a week for two years, which is a phenomenal thing for any band, to be in front of a national audience every day,” Volk remembered. “Even Columbia Records didn’t realize the kind of popularity the show had given us. They said, ‘Well, let’s take the boys on a promotional tour, set up appearances at supermarkets and amusement parks.’ They were shocked at the response. Every city we went to around the country, there were massive crowds gathered, riots. A couple of vehicles were destroyed when kids would jump on them trying to get a peek at us. They weren’t ready for that.”

Top 40 hits included “Steppin’ Out,” “Just Like Me,” “Kicks,” “Hungry,” “Good Thing” and “Ups and Downs,” Volk’s bass lines helped to revolutionize how the bass guitar was used in rock music.

“We had a really hard-edged sound, and we were a viable rock band,” Fang said. “We played our own instruments during (those) years. Yeah, we had a couple of extra friends come into the sessions to augment the sound, but we were always there playing the chops.”

On leaving the Raiders, Volk formed a new band called Brotherhood with Raider bandmates Levin and Mike “Smitty” Smith. Following the breakup of Brotherhood, Volk headed several groups of his own. 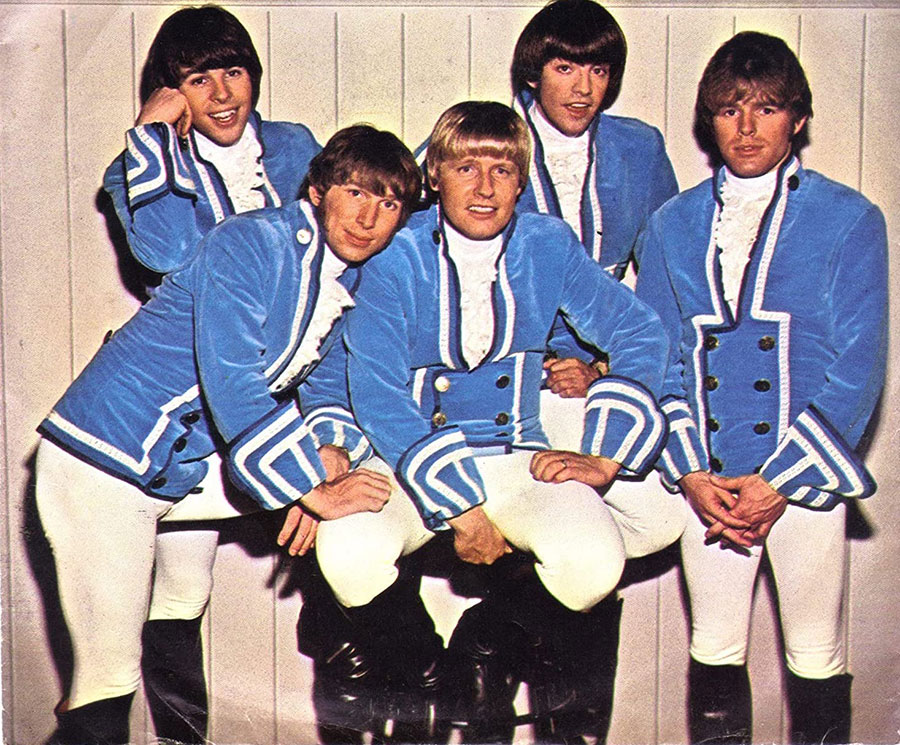