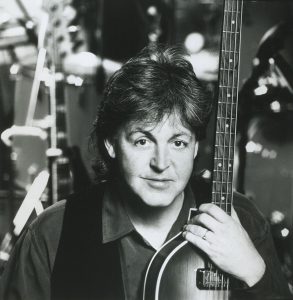 In 1993, Paul McCartney’s U.S. “New World Tour” served up Fab-tinged family fun for nearly two million fans at 78 concerts, including a performance at Folsom Field in Boulder on May 26. He put eight songs from that show on his 24-track album, Paul Is Live, including “Live and Let Die” and “Let Me Roll It.”

McCartney, 50, was happy to be playing.

“I always thought you had to finish in rock ’n’ roll at 24 or so. But it just keeps on going. When you’re 30, then you think you’d better finish at 40. When you’re 40, you think you’d definitely finish at 50. At 50—I don’t know, I suppose you just stop thinking about it. I’m still enjoying it, and as long as audiences keep coming, and I keep seeing smiling faces out there, I’ll keep showing up.” 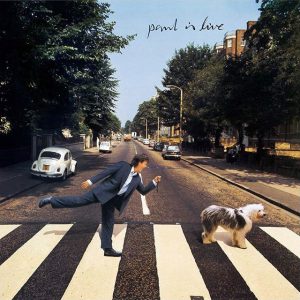 The Paul Is Live video was intended to complement the live album, but there were differences between the two. In the video, there was an obvious lack of continuity within each sequence to underline the breadth of the tour. For example, the color footage of “Let Me Roll It” was shot in Boulder, the black-and-white in Paris, and the audience bits were Milanese.