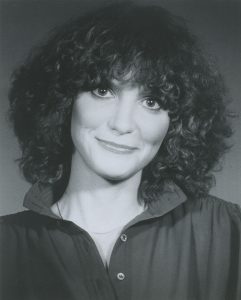 In the summer of 1972, Mary MacGregor, a pop singer from Minnesota, moved to Steamboat Springs, Colorado, a small ski town in the Rockies populated by many small clubs featuring live music. For the next four years she and her husband lived in a secluded ranch house with no running water and an outhouse, and she sang folk and soft rock music in the area’s nightclubs.

While still living in Steamboat circa 1974, she began commuting to Minneapolis, Chicago and Nashville, where she sang for commercial agencies. During that time, she was invited by Peter Yarrow of Peter, Paul & Mary fame to join his tour as a vocalist.

“My career didn’t take up that much of my time. I was on the road with Peter for a couple of months out of the year. And maybe every other month, I would fly to do a couple commercials and be gone for a week,” MacGregor said.

In the spring of 1976, Yarrow took MacGregor into the studio to record, and the first song produced was “Torn Between Two Lovers,” co-written by Phil Jarrell and Yarrow. Yarrow brought the record to the new Ariola America label, with MacGregor as part of the package. The record’s success was so unexpected that she didn’t even have a deal with Ariola when it was released.

“Torn Between Two Lovers” became the only 1977 single to top the pop, country and easy listening charts simultaneously, resulting in her capturing the Top New Female Artist award in Billboard, Record World and Cashbox. But MacGregor hated her No. 1 single.

“I think it’s a real implausible situation—a lady who wants to have her cake and eat it too,” she explained. “At the time I recorded the song, I was married and people thought I’d written it and wanted to know if I was ‘torn.’ It was real aggravating for me, although the success that it had was definitely not.”

The song had a traumatic effect. MacGregor had been happily married for five years and had no intention of ever being unfaithful to her husband. Yet the record’s appeal soon put a devastating crimp in their relationship.

“When ‘Torn Between Two Lovers’ happened, it was like getting on an already fast-moving train. My life changed drastically—I was gone a lot—and my husband just couldn’t deal with it. It was just hard on both of us, and we separated for a couple of years. I moved to Los Angeles during that time, and we eventually divorced.”