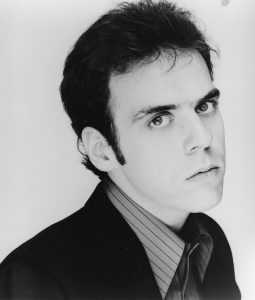 Many people feel that John Hiatt is one of America’s most important singer-songwriters, but he’s also an emotional, intense performer.

“One of the big turning points in my career came out of Denver in the late Seventies,” he once said.

“I came to do a gig at the Oxford Hotel. In those days I used to sit down when I sang. I was still terrified to be on stage and, frankly, I was not very engaging. A young guy named George Thorogood was opening for me. I watched him, and he started his set sitting down, too, playing this cool, low-key boogie with the Destroyers.

“Then the next thing I knew, he kicked the chair out from under him and stood up, and he started rockin’ and just took over the place. I’d never seen an audience drawn to someone quicker, the effect it had. That inspired me. I said, ‘Hiatt, you’re gonna get up off that chair and you’re gonna look the audience in the eye and you’re gonna connect with them.’”