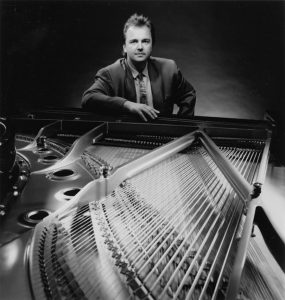 Happy birthday to composer and pianist Peter Kater. Of German birth and descent, Kater moved to Boulder in 1977 at the age of 18, finding stimulation in the beautiful terrain of the Rocky Mountains, “the movements and wholeness of the Earth.” He began a six-year period of improvisational playing at the Mezzanine at Hotel Boulderado and the Broker Inn. His music career took off when he realized that his next step was recording albums, and he started composing actual pieces. Tens of albums have followed, works ranging from solo piano to full group orchestrations. Kater lived in Boulder until 1990, then again from 2012 to 2015.  In 2018, Kater finally snagged the Best New Age Album Grammy Award for Dancing on Water after being nominated 13 times over his music career.