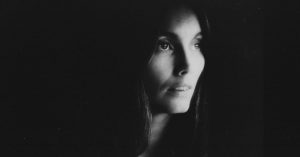 During Emmylou Harris’ five-decade journey as an interpreter and a distinctive stylist, she has taken her mentor Gram Parsons’ distinct vision of country music to a new, larger audience. She didn’t really start writing her own material until she hit her fifties, with one exception being her heartbroken paean to Parsons, 1975’s “Boulder to Birmingham.”

“It’s not like I set out to write a song about Gram, but it was inspired by some of the feelings I had after his death,” Harris said.

In the late 1960s, when the blues and British rock were all the rage on the music scene, Parsons crusaded for country music’s merits. Concocting his notion of “country soul” or “cosmic American music,” the Georgia-bred singer-songwriter developed the genre that would later be termed country-rock.

Parsons’ journey began when he was a member of the Byrds (he appeared on the countrified Sweetheart of the Rodeo album), and he later founded the Flying Burrito Brothers before releasing a pair of solo albums. Harris first came to prominence in the early 1970s, adding heart-tugging harmonies to Parsons’ solo efforts. Her clear soprano perfectly complemented his lived-in lead vocals.

In the winter and spring of 1973, Harris toured briefly with Parsons in support of his last album, as the centerpiece of his touring outfit, the Fallen Angels. The performances established her as a decorous honky-tonk angel.

“Our first gig was in Boulder,” Harris said of a show at the Edison Electric Company. “We actually got fired from that club—we forgot to work up beginnings, middles and ends of songs! Then we went up to the mountains and played in Nederland. It was like seeing McCabe and Mrs. Miller—two women were fighting in the parking lot. I thought, ‘Yeah, this is for me.’”

Parsons’ tragic overdose in September 1973 cut his life short and fixed him as a legend. It also marked the end of Harris’ apprenticeship, and the profound experience gave her a sense of purpose and mission. Her debut album, Pieces of the Sky, yielded the achingly beautiful original “Boulder to Birmingham,” co-written with Bill Danoff, who’d had major success as the co-composer of John Denver’s “Take Me Home, Country Roads.”

“The song just fell out of the sky,” Harris said. “I didn’t labor over it—it was kind of there. Gram really bequeathed me an extraordinary life.”