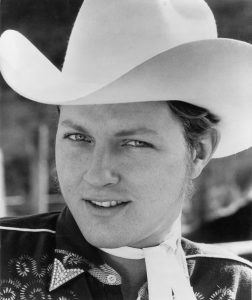 In the ’70s, when Boulder served as a microcosm of the rock era, one of the town’s great live bands of the decade was a swinging country and western act—Dusty Drapes & the Dusters. The bandleader Drapes—real name Steve Swenson—grew up in Minnesota, arrived in Colorado in 1971 and became the session bassist for Tumbleweed Records, a Denver-based label that scored a minor hit with Danny Holien’s “Colorado.” Soon after, he moved from Evergreen to Boulder and roomed with Don DeBacker, who had been playing with a fine singer-songwriter named Dan McCorison.

“We were all hippies,” Swenson said. “We decided we were tired of trying to get a record deal and be stars. I’d been a bandleader since I was 14, and I didn’t want to chase the carrot anymore. I just wanted to play music. I said, ‘Why don’t we start a country band so we can gig?’”

So they cut their hair and changed to a flashy western look. Swenson started sporting a white hat, and he went out and bought Hank Williams’ Greatest Hits and learned every song.

Dusty Drapes and the Dusters played Wednesday-and-Thursday stands at Keller’s Inn, a blue-collar bar on what is now the Pearl Street Mall. The college crowd started spreading the word about the clean-cut, tongue-in-cheek band singing about honky-tonks, prison, mama and drugs.

“There was all kinds of stuff going on,” Swenson recalled. “Stephen Stills was hanging out. Dan Aykroyd and John Belushi were up at Caribou Ranch (in Nederland) recording as the Blues Brothers, and they’d come down and hang at the Good Earth while we were playing. I was there singing ‘Stand by Your Man—and a year later, they’re singing it in the Blues Brothers movie. I wonder where they got that…” 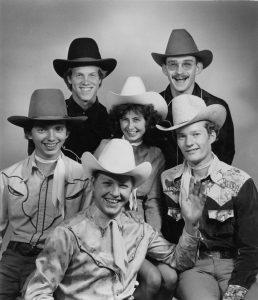 Boulderites recognized Dusty Drapes & the Dusters as the best dance band in town, and the good ol’ boys always had fun onstage.

“We became unique, because we weren’t like some old laid-back twang band playing at the Zanzibar or the Screwball Inn or the Hayloft,” Swenson said of the frivolity. “We were hip kids, and at the same time, Commander Cody and Asleep at the Wheel were starting up on the West Coast. We weren’t the only ones beginning this wave of younger-minded high-energy country. We had this vision.”

Many observers believed Dusty Drapes & the Dusters had that special something that could take them beyond the local realm. McCorison wrote outstanding original material, and he had a low voice reminiscent of Merle Haggard. Songs like the marvelous “Utah Moon” and the traditional “Rain and Snow” could have been hits.

“Waylon’s music had heavy kick-drum and bass,” Swenson explained. “When Ken tried to mix our album, he didn’t know our music was totally different—we played swingy ‘cow-jazz’ and we had horns, more ‘big band-y’ like Bob Wills. We sent it back twice to be remixed, telling them what we didn’t like. Every time it seemed to be worse. Finally, they decided we were being too fussy.”

The record was never released. “We turned out to be a tax write-off, and that fucked us all up,” Swenson said. “For two years we were building up and recording this album and getting ready to go, and all of a sudden the balloon burst—we were dumped and shelved. There was nothing. We couldn’t go back to our family and friends and say, ‘Well, the album didn’t sell, but here it is, it sounds really good.’ We never had any product to show anybody.”

“In the late ’60s, record companies had signed a lot of groups like Buffalo Springfield and had problems—they could never get them to agree on anything. In the late ’70s, they were signing solo artists because they figured they had a better chance of taking them in a musical direction,” Swenson noted.

McCorison left for Los Angeles, and Swenson reconfigured Dusty Drapes & the Dusters. On the way back from New Mexico, they picked up a long-haired, bearded hitchhiker. It was Junior Brown, a monster picker who went on to hit the big time after decades on the roadhouse circuit. 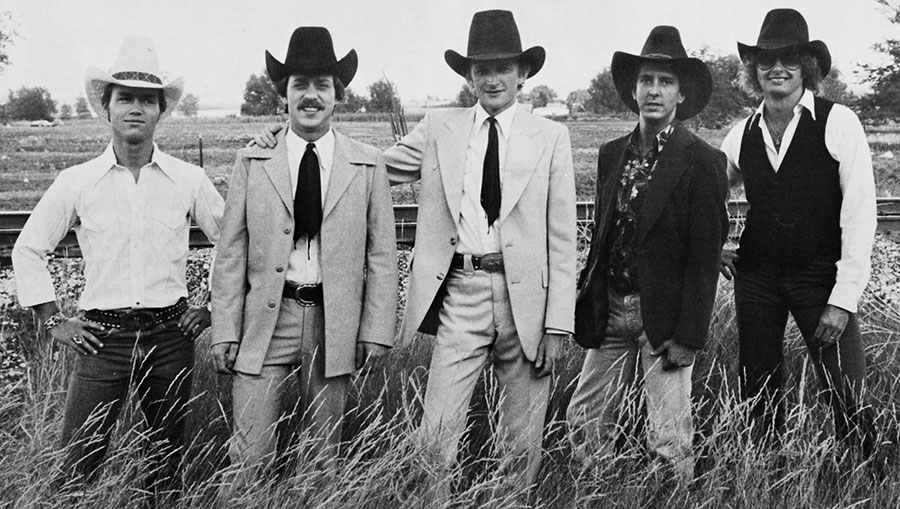 “We named him Junior because he seemed to need more attention than anybody else,” Swenson said. “He didn’t like that at first. I told him Junior was a great country name—look at Junior Samples. Then he didn’t think that was so bad after all.”

Brown played guitar and steel in the band until he and Karr moved to Texas circa 1979. Swenson didn’t want to leave Colorado, so he led a third incarnation of Dusty Drapes & the Dusters, which included Pete Adams on keyboard and mandolin, Tom (Eugene) Smith on drums, Brian Ercek on steel, James Mason on fiddle and Terry McClanahan, a terrific guitar player.

But in May 1984, Swenson discovered he had thyroid cancer. “Doctors removed my gland and got it all,” he said. “It was a wake-up call that I need to change my way of living. I’d gotten into a bad situation, wasn’t being that good of a person. I was a mess. I had bad credit. The bottom had fallen out of the country and western market—there were no places to play.”

Swenson returned to Minnesota, found God again, stopped drinking and beat his worsening cocaine dependency. “I was a rebellious Catholic kid, and when I turned old enough, I wanted to try anything in the world. When I look back at it, a lot of the guys in the band were bigger offenders in getting loose than myself—I was the guy trying to keep it together. But I still found myself falling into that pit. I went cold turkey and straightened it out. Married a good woman in 1992.

“It’s funny. I have a lot of great memories and a lot of not-so-great memories. You tend to remember the not-so-great ones more. There was a while when I was trying to bury my past. Now I realize we were doing something really neat back then, something to be proud of.”