In the early ’60s, folk music experienced a pop breakthrough with the Kingston Trio’s “Tom Dooley.” The No. 1 single was traditional—basic acoustic guitar and banjo accompaniment, straightforward vocal harmonies—and wholesome. The Trio’s success proved that folk songs as a category could sell. And the record industry reacted in time-honored fashion by spawning a host of imitators—like the Journeymen.

The Journeymen had a short-lived career (1961-63), and they didn’t experience the Kingston Trio’s popularity (none of their songs ever charted). But the group had a particular place in the folk music genre. The talented vocal arranger was John Phillips, who went on to form the Mamas & the Papas. Vocalist Scott McKenzie had a successful solo outing in 1967 with “San Francisco (Be Sure to Wear Flowers in Your Hair).”

They were accompanied on both the five-string banjo and the 12-string guitar by a young instrumentalist, Dick Weissman, who later became synonymous with Colorado, where he moved in 1972 to attend college as a composing and arranging student. In his long career, Weissman taught music business management classes at the University of Colorado in Denver, and he wrote or co-authored 22 books about music and the music business and numerous instructional folios for banjo and guitar. He continued to record and perform.

Growing up in Philadelphia, Weissman based his interest in folk music on two things. “I didn’t like any of the music around me—early rock ’n’ roll, Doris Day, Frank Sinatra—and I saw Pete Seeger play the banjo at a rally. I was 13, and I got hold of his first album and bought a banjo at a pawn shop for $25.”

After his high school days, Weissman fell into recording work in New York and met Phillips and McKenzie, who were in a group called the Smoothies. “John had listened to the Kingston Trio and said, ‘I can do that kind of vocal arranging in my sleep.’ I was The Burl Ives Songbook for John and Scott—I brought them songs, gave them guitar lessons. Basically, I hated commercial folk music. I was a purist—John once said I was never happier than when I found some old chain gang song, and it was true.”

On the singles “Don’t Turn Around” and “What’ll I Do,” the Journeymen shaped an eccentric sound, pop songs with folk banter—“like unleashing Pete Seeger on a pop record,” Weissman noted. And the Journeymen were good coat-and-tie showmen. “We toured more than the Mamas & the Papas did later—three or four concerts a week for nearly three years, playing Sheep Dip State Teachers College and North Georgia Prison Tech,” Weissman laughed. “Scott could really sing—he sounded like a younger Glenn Yarbrough with a touch of (Mel) Tormé and (Johnny) Mathis. John was a great presence. I was the guy who could play.

“But Scott and John were all-American types. I wasn’t, physically or intellectually. We were enormously popular in the South, and that posed a big problem for me—playing in Mississippi, I had no one to talk to. What saved me was collecting instruments.”

The members went their separate ways in early 1964, and Phillips garnered nine Top 40 hits with the Mamas & the Papas. “The only reunion we ever had was Scott’s album,” Weissman said. “John wrote ‘San Francisco’ for him—it was a hit, but he didn’t have an album. I played on the sessions.”

Capitol Records decided that Weissman would be their answer to Columbia Records’ folk-rock superstar, Bob Dylan. “I was the only one on the label that was vaguely intellectual, vaguely protest, vaguely Jewish. My solo album only sold 600 copies, but Judy Collins later recorded one of the songs (‘Medgar Evers Lullaby’).” Gram Parsons performed Weissman’s “I May Be Right” early in his career.

Weissman went on to work as a contract songwriter, then at ABC Records as a producer. In the early ’70s, he switched gears and relocated to Colorado. 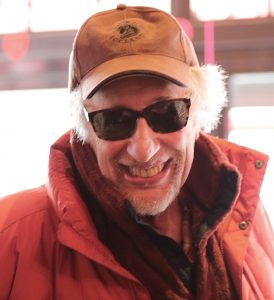 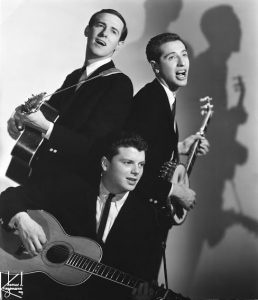