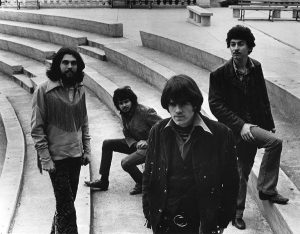 November 1 is the birth anniversary of guitarist/songwriter Bob Yeazel of Sugarloaf. Yeazel joined the Denver-based band for its second album, Spaceship Earth, in 1971; he wrote or co-wrote many of the tunes, including “Tongue in Cheek” which peaked at #55 on the Billboard Hot 100). He had previously played on two albums as part of a Colorado band called the Beast. Yeazel was later the guitar player with the Freddi-Henchi Band and a main engine for the Erica Brown Band.  He passed away in 2016.