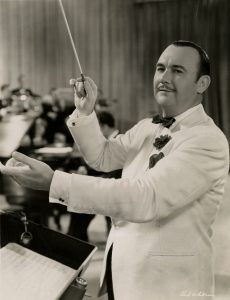 On March 28, Paul Whiteman was born in Denver in 1890 (he died on December 29, 1967). Whiteman was raised in serious music by his father Wilberforce, director of music for the Denver Public Schools. As a student at East High School, he learned viola and started in 1916 with the Denver Symphony Orchestra as first chair. He formed the Paul Whiteman Orchestra in 1918, and by the end of the 1920s, he was the biggest name in the music business, with press notices referring to him as “the King of Jazz.”